Doctor McLeod is a member of:

Doctor McLeod is a USC Dental School graduate who has been a practicing dentist since 1972 and has worked both in London and Los Angeles.  In his final year at Guy's Hospital Dental School he was a recipient of the Alfred Rycroft Traveling Scholarship to Tufts University Dental School in Boston.  After graduating from Guy's Hospital Dental School, he continued in hospital service there while working for his primary fellowship in the Royal College Of Surgeons.  In 1974 he came to the United States on a Fulbright Scholarship to study at the University of Southern California.

On completing his training, Doctor McLeod acquired an established Hollywood practice in 1976 where he specializes in restorative and preventive dentistry.  The focus is on high-quality work that lasts, and on helping the patients prevent dental disease. His research, lectures, and publications on semi-precision and precision retainers gained him acceptance and membership in the Pacific Coast Society for Prosthodontics.

Dr. McLeod was born in Oxford, England, and raised in the British colony of Kenya in East Africa.  After returning to Britain for secondary education, Neil studied dentistry at Guy's Hospital, London, and received degrees from London University and the Royal College of Surgeons.

As a Fulbright Scholar, Dr. McLeod received his Doctorate in Dental Surgery from the University of Southern California and he now maintains a private practice in Los Angeles.  Among his professional associations, are memberships in the International Academy of Gnathology and the Academy of General Dentistry.  Dr. McLeod's articles on precision attachments have been published in the Journal of Prosthetic Dentistry.  He has written and appeared in forty television information spots and has made numerous radio and television appearances on a number of issues including dentistry.  Doctor McLeod has served as a Consumer Advisor for the American Dental Association.

In Doctor McLeod's dental practice which is over seventy-five years old and one of the oldest in the Los Angeles area, they specialize in fine reconstructive and preventative dental care.  The emphasis is on communication with the patients so that they may make informed decisions about how their mouths are to be treated, and what types of materials are used to repair the teeth.  This uncompromising commitment to proper care has shown itself to be of long-lasting value, and undeniable success, especially when reviewing the treatment of patients who are senior citizens, and for whom the dentistry is still lasting decades after it was installed.

After establishing himself in practice on Sunset Boulevard in 1976, Doctor McLeod involved himself with the Scottish Community.  He founded the Clan MacLeod Society in Southern California, was Vice President of the Saint Andrew's Society of Los Angeles, and also Vice President of the St. Andrew's Society of Southern California of which he was a founder member.  He is a founding member of the San Gabriel Valley Branch of the Royal Scottish Country Dance Society.  He maintains an active involvement in Scottish Country Dancing and with Ann Skipper he has co-authored two books on dancing "The Dances of An Island Clan", and  "If The Ghillie Fits...".

Dr. McLeod is a frequent dinner speaker at the annual Burns Nights in January, where he inevitably gives the toast "To a Haggis", a selection of songs or one of his well-known rebuttals.  He has been known to recite the entire "Tam O' Shanter" from memory.

Neil McLeod has served as the Regional Vice President for the Clan MacLeod Society of the U.S.A., and Membership Chairman for the British United Services Club.  He founded the Los Angeles Burns Club of which he is currently the president, and he is presently serving as Past President and Mentoring capacity in the Executive LeTip Club of West L.A.  He is married and has two sons and a daughter.  Neil is an active professional who understands networking and enjoys participating where ever he goes.

Whether it is for complete dental care or a second opinion, treat yourself to the comfort of knowing how to preserve your "Biting chance at life".

We have a complete team of expert dental specialists with whom we work closely.

None of us ever reaches any level of expertise without guidance for others. Looking back I owe a great debt of thanks to my mentors some of who are mentioned below. 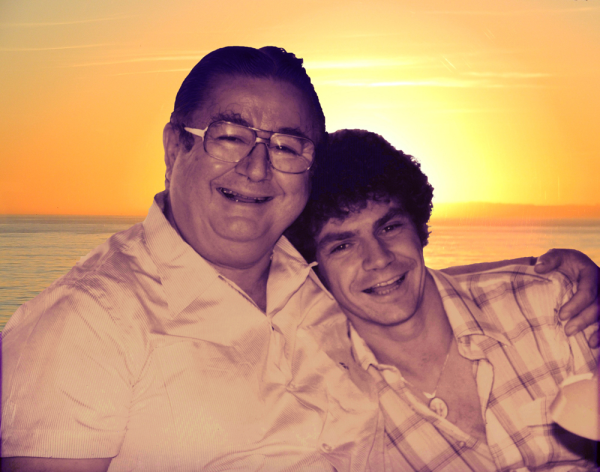 In 1974 I entered the international dental program (Special Students) at the University of Southern California School of Dentistry.   They had a two year doctorate training for foreign trained dentists which was quite remarkable at the time.  Not only did the teach the complete dental training but they included Gnathology with guest speakers like Charles Stuart and Peter K. Thomas.

I want to remember one of my teachers today, his name was Peter K. Thomas DDS, an internationally renowned teacher and lecturer of restorative dentistry. In 1974 and ’75 at the USC  (now the Herman Ostrow School of Dentistry) I attended courses from him. He was an inspirational mentor and encouraged nothing but the best, the harder right rather than the easier wrong. Once I graduated he invited me to join him at the Laguna Beach Study Club where he pounded in the refinements of Gnathological reconstruction, and the art of cutting fine preparations and waxing up ideal gold onlays.  PKT took a shine to me and I certainly loved him. He always referred to himself as Papa Thomas and the picture below captured the affection between us. 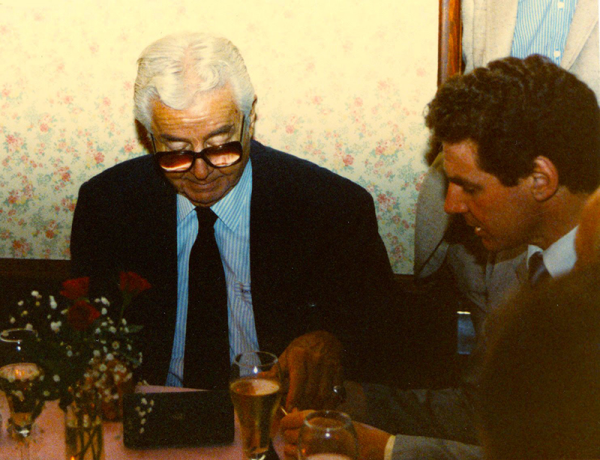 It was Dr. Thomas who got me into the International Academy of Gnathology which had some really elegant meetings. We had a dinner for Dr. Thomas in West Los Angeles which was arranged by the renowned master dental technician and laboratory owner Renzo Casellini (Swiss Quality Dental Ceramics and Dental Implant Studio) The image below was taken at that dinner and shows Peter in a private moment his hand on my hand. I was strongly encouraged to strive for the best by Peter. He always quoted Michael Angelo "Trifles make perfection and perfection is no trifle"

Professor Bernard Levin, was one of the finest “wet finger” dentist I ever saw operate. He had a natural gift for getting the very best impressions for his patients.  He helped to develop and improve techniques for dentures and other dental prosthetics, published three books, including the definitive text on complete denture impression, four teaching manuals, and more than 50 articles.

I met Bernie at Guy’s Hospital where he came to guest lecture and teach while on a sabbatical from USC.  I was his dresser preparing the clinic for him when he was demonstrating denture design.  Professor Levin became my mentor at the University of Southern California, and coached me on the research papers I wrote on the Thompson Dowel and the alignment of precision attachments. He sponsored me into the Pacific Coast Society for Prosthodontics.

Professor Harold W. Preiskel graduated from Guy’s Hospital in 1961 and won a scholarship to study prosthodontics under Carl Boucher, in Columbus, Ohio. He has been a Consultant in Prosthetic Dentistry at Guy’s, Kings and St. Thomas’ Hospital for thirty years where he founded the dental implant programme. He is one of the world’s foremost Prosthodontists and his specialist practice has gained and international reputation in tandem to his scientific career.  Mr Preiskel was a consultant at Guy's when I was engaged as a House Officer in 1973 during the time when Professor Levin was visiting the dental school on sabbatical.  He was an inspirational clinician and teacher who I admire, and wrote the famous treatise "Precision Attachments In Dentistry".  It was Mr. Preiskel who said  "Go to America Neil, go to America!" 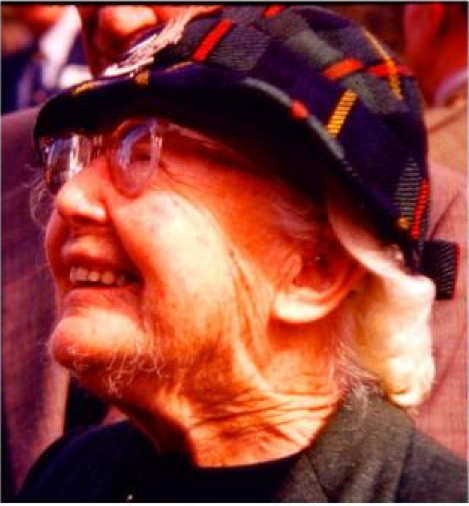 Dame Flora MacLeod was the Chief of the Clan MacLeod from 1935 - 1976.  In the last five years of her life she was an inspirational mentor to me, twice encouraging me to study in the United States, and providing a stipend from the purse of Dunvegan.  In a series of eighteen letters it can be seen how she not only supported my studies, but also pursued her own hope that I would continue her legacy in the clan.  The story is told in a book "Letters From A Scottish Chief".

Dr. McLeod would love to improve your smile!
BOOK AN APPOINTMENT